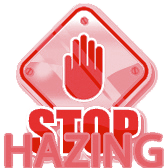 Kappa Alpha Psi Fraternity, Incorporated® was founded January 5, 1911, at Indiana University, Bloomington, Indiana and its opposition to hazing or unlawful or anti-social conduct of any kind has been continuous since its founding, implicit in its founding precepts and explicit in its declaration first published in the year 1949 stating that hazing in any form is illegal.

The Fraternity has outlawed pledging and dispensed with the customary practice of having pledges or a protracted probationary period prior to one’s initiation into full membership into the fraternity.

The Fraternity has developed an admissions process known as Membership Orientation and Intake Program which establishes an orderly and rational process of applicant solicitation, screening, and initiation; and the membership intake process is calculated to attract and retain members of high academic, moral, social, civic, ethical and religious standards; and The Fraternity seeks to remove any and all opportunities for pledging, hazing, antisocial and unlawful activity and seeks to promote in every phase of fraternity life only safe and wholesome activities which are consistent with the Code of Conduct of the colleges, universities and jurisdictions where our chapters are chartered. The effective enforcement of membership intake policies and the anti-hazing edict requires that the college, university, and community officials join the Fraternity in informing all members of the community that hazing, horseplay, physical stunts, antisocial, or unlawful activity of any kind are not and cannot be a precondition of membership in the Fraternity.

It is the goal of the Fraternity to see that all individuals committing acts of hazing and other unlawful and Prohibited Acts are punished consistent with due process and the concept of proportionality to the full extent of the rules of the fraternity, college and the criminal law. The Fraternity does not countenance either acts of physical aggression by members or the willing submission to the same by prospective members or Candidates for membership. Prospective members, Candidates and other members of the public are themselves uniquely situated to reject, report and decline to participate in any pledging or hazing activity.