The Delta Beta Chapter of  Kappa Alpha Psi Fraternity, Inc. at Syracuse University participated in the grand unveiling of the National Pan Hellenic Council (NHPC) Divine Nine Monument, which resides on the Orange Grove. The effort was started almost three years ago. A former Delta Beta member, Brother Gerardo Martinez was part of the original Monument Development Committee.   Although, Syracuse University is not a Historical Black College or University (HBCU), the administration and student activities finance board was willing to fund the development and construction of the monument.   All of the Divine Nine organizations have their individual crests and founding dates on the monument which is in the form of bench.

At the reception, Brother Etheredge stated that he never would have expected the University to implement this NPHC monument. He stated that the University is making strides in its culture and implementing this monument is a start. He hopes events such as this will continue. He thanked the current NPHC council and Debbie Manobianco who is a key Greek Advisor in the Office of Fraternity and Sorority Affairs. 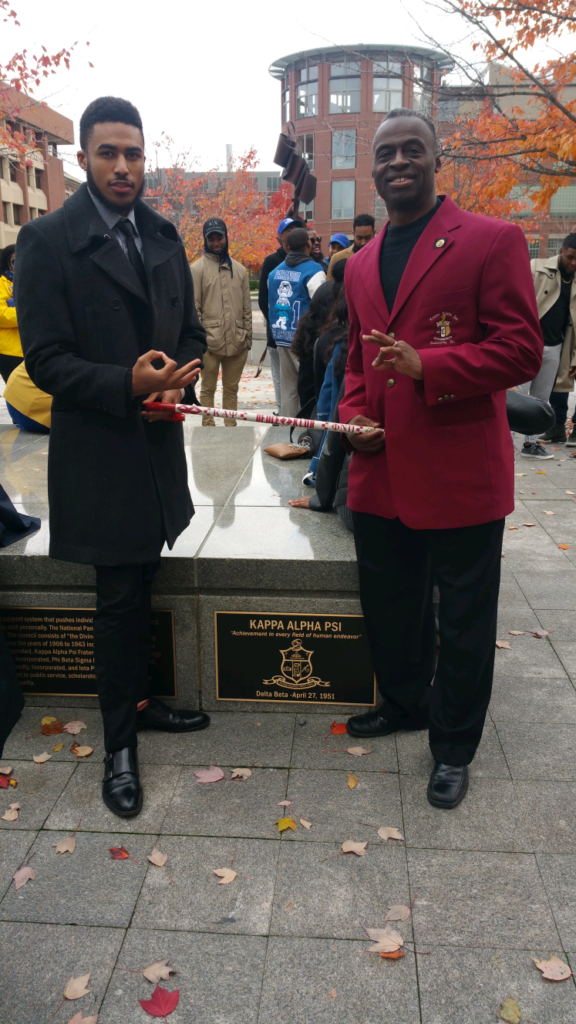